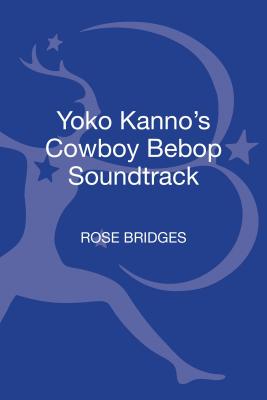 
Not On Our Shelves—Ships in 1-5 Days
Cowboy Bebop is one of the most beloved anime series of all time, and if you ask its fans why, you can expect to hear about its music. Composer Yoko Kanno created an eclectic blend of jazz, rock, lullabies, folk and funk (to list just a few) for Cowboy Bebop's many moods and environments. Cowboy Bebop's blend of science fiction, westerns and gangster films promised to be "the work which becomes a new genre itself," and only Kanno's score could deliver.

In this volume of 33 1/3 Japan, musicologist Rose Bridges helps listeners make sense of the music of Cowboy Bebop. The book places it within the context of Bebop's influences and Kanno's larger body of work. It analyzes how the music tells Spike, Faye, Jet and the rest of the crew's stories. Cowboy Bebop and its music are like nothing else, and they deserve a guide to match.

33 1/3 Global, a series related to but independent from 33 1/3, takes the format of the original series of short, music-basedbooks and brings the focus to music throughout the world. With initial volumes focusing on Japanese and Brazilian music, the series will also include volumes on the popular music of Australia/Oceania, Europe, Africa, the Middle East, and more.
Rose Bridges is a Ph.D. student in musicology at the University of Texas-Austin, USA researching film music and sound, especially animation and popular music of the 1960s-80s. She is also a regular editorial contributor to Anime News Network, the most read English-language news site for Japanese anime and manga.