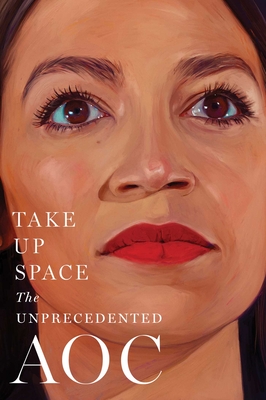 By The Editors of New York Magazine, Lisa Miller (With)


On Our Shelves Now at:
A stunning four-color biography of Congresswoman Alexandria Ocasio-Cortez in the bestselling tradition of Notorious RBG and Pelosi that explores her explosive rise and impact on the future of American culture and politics.

The candidate was young—twenty-eight years old, a child of Puerto Rico, the Bronx, and Yorktown Heights. She was working as a waitress and bartender. She was completely unknown, and taking on a ten-term incumbent in a city famous for protecting its political institutions. “Women like me aren’t supposed to run for office,” Alexandria Ocasio-Cortez said in a video launching her campaign, the camera following her as she hastily pulled her hair into a bun. But she did. And in perhaps the most stunning upset in recent memory, she won. At twenty-nine, she was sworn in as the youngest member of the 116th Congress and became the youngest woman to serve as a representative in United States history.

Before long, Ocasio-Cortez had earned her own shorthand title—AOC—and was one of the most talked-about public figures (loved and loathed) in the world. Her natural ability to connect with everyday people through the social media feeds grew her following into the multimillions. Every statement she made, every tweet and Instagram Live, went viral, and her term had barely begun before people were speculating that she could one day be president. The question seemed to be on everyone’s mind: How did this woman come from nowhere to acquire such influence, and so fast?

Now, in Take Up Space, that question is answered through a kaleidoscopic biography by the editors of New York magazine that features the riveting account of her rise by Lisa Miller, an essay by Rebecca Traister that explains why she is an unprecedented figure in American politics, and multiform explorations (reportage, comic, history, analysis, photography) of AOC’s outsize impact on American culture and politics. Throughout, AOC is revealed in all her power and vulnerability, and understood in the context of the fast-changing America that made her possible—and perhaps even inevitable.
Founded by Clay Felker and Milton Glaser in 1968, New York was one of the earliest (and loudest) proponents of the New Journalism, launching the careers of Gloria Steinem, Tom Wolfe, Jimmy Breslin, Nora Ephron, and many others. More recently, New York has won thirty-six National Magazine Awards in the past two decades—more than any other magazine—and six General Excellence awards. The Washington Post has called it “the nation’s best and most imitated city magazine.”
ADVANCE PRAISE FOR TAKE UP SPACE

“In the pages of Take Up Space, the editors of New York Magazine eloquently explore AOC’s ascension within our public imagination, driving readers of all ages to discern whether we’re championing progress or blocking change. Through a mix of narrative and graphic essays and photos, this polychromatic biography outlines how Representative Ocasio-Cortez made an enduring mark on the political discourse and our cultural conversation…  this robust four-part book makes a compelling case for why AOC is the type of leader the nation needs here and now… a comprehensive but addictively accessible tome.” —Oprah Daily

"This book should have been titled Everything You Ever Wanted to Know about Alexandria Ocasio-Cortez But Were Afraid to Ask.” —The Guardian

“A fully immersive, creatively formatted appreciation for an indefatigable politician and people’s champion. . .  The most complete picture we will likely have until she writes a memoir.” —Kirkus Reviews (starred review)

“Fans of the congresswoman will delight in this stylish tribute.” —Publishers Weekly