Incarcerated Women: A History of Struggles, Oppression, and Resistance in American Prisons (Hardcover) 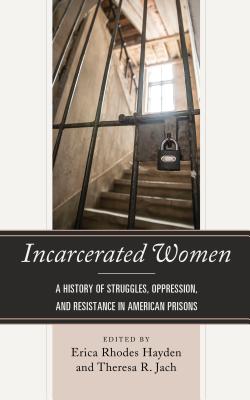 Incarcerated Women: A History of Struggles, Oppression, and Resistance in American Prisons (Hardcover)


Not On Our Shelves—Ships in 1-5 Days
The story of the rise of prisons and development of prison systems in the United States has been studied extensively in scholarship, but the experiences of female inmates in these institutions have not received the same attention. Historically, women incarcerated in prison, jails, and reformatories accounted for a small number of inmates across the United States. Early on, they were often held in prisons alongside men and faced neglect, exploitation, and poor living conditions. Various attempts to reform them, ranging from moral instruction and education to domestic training, faced opposition at times from state officials, prison employees, and even male prison reformers. Due to the consistent small populations and relative neglect the women often faced, their experiences in prison have been understudied. This collection of essays seeks to recapture the perspective on women's prison experience from a range of viewpoints. This edited collection will explore the challenges women faced as inmates, their efforts to exert agency or control over their lives and bodies, how issues of race and social class influenced experiences, and how their experiences differed from that of male inmates. Contributions extend from the early nineteenth century into the twenty-first century to provide an opportunity to examine change over time with regards to female imprisonment. Furthermore, the chapters examine numerous geographic regions, allowing for readers to analyze how place and environment shapes the inmate experience.
Erica Rhodes Hayden is assistant professor of history at Trevecca Nazarene University. Theresa R. Jach is professor of history at Houston Community College.