African Origins of Monotheism: Challenging the Eurocentric Interpretation of God Concepts on the Continent and in Diaspora (Hardcover) 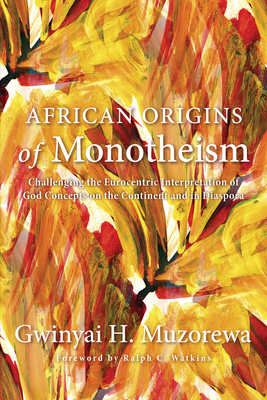 African Origins of Monotheism: Challenging the Eurocentric Interpretation of God Concepts on the Continent and in Diaspora (Hardcover)


Not On Our Shelves—Ships in 1-5 Days
African Origins of Monotheism recasts an African knowledge of God in a new and original way. It aims to recapture concepts of God as originally reflected upon by pristine African religious thinkers. Muzorewa is seeking after the traditional African understandings of the Divine, which trace their origins back before the rise of Judaism, Christianity, and Islam. Monotheism, he maintains, is the ancient view of God, ubiquitous across the continent of Africa; indeed, monotheism comes out of Africa. The book challenges the way that the idea of God has been manipulated by Eurocentric agendas, by colonizers, enslavers, and empire builders, all of whom were using God-talk to achieve their own personal ends. In African thinking, the God concept is guided by a sense of the presence of the all-pervasive and omnipresent God, which has instilled in the people a sense of respect for life at all costs. Thus, respect is not based on a commandment or on fear but on a propensity for affinity.
Dr. Gwinyai H. Muzorewa is a professor of theology at Lincoln University, Pennsylvania, the first degree-granting historically black university in the United States. He has authored, among other books, The Origins and Development of African Theology and An African Theology of Mission, and is editor of Know Thyself: Ideologies of Black Liberation.