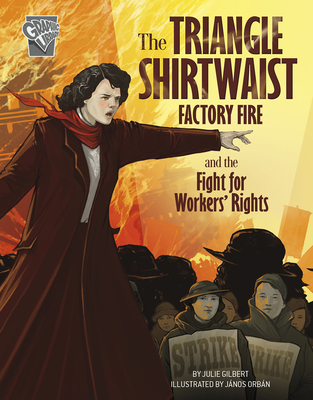 
On Our Shelves Now at:
In November 1909, thousands of factory workers walked off the job to protest the terrible working conditions in New York City factories. Joining the picket lines was dangerous, with thugs and police officers harassing picketers, but the protests stirred action. Many factory owners finally agreed to some of the workers' demands and improved conditions. But nothing changed for workers at the Triangle Shirtwaist Factory, and those workers would pay a high price for the company's dangerous conditions. In 1911, a devastating fire swept through the Triangle factory, killing 146 workers. In the months following the tragedy, the rights of workers finally gained real traction as the state government formed a safety commission and enacted new safety laws.