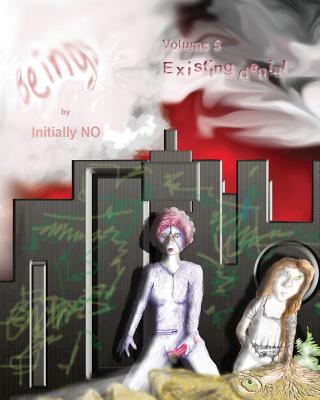 
Not On Our Shelves—Ships in 1-5 Days
(This book cannot be returned.)
Pictures aren't less of a communication than written and spoken languages, pictures aren't 'something for babies' they're something else entirely. They're a more universal language. But they're also a poetic language when used that way, communicating something more than words usually can. This is the fifth volume of BEINGS, a picture book designed purely for adults. It's a great conversation starter, so put it on your coffee table.
The author, Initially NO, says, 'I think it was when pictures disappeared from books around age 8, that I couldn't get into books anymore. My mind just wandered as my eyes read the words and I ended up at the end of the book wondering what the book was about. I was told not to read comics as they were said to be 'trashy' and was forced to read books that were trite and patronising and if they had pictures in them, the pictures didn't have any emotion to them. I couldn't get into them, they derided me. Even the rare pictures in those books were careful and graphical and precise depictions of bla. Nothing to give me a felt-sense of what I needed in the loneliness of trudge. I did eventually understand the magic of words, but I have forever sought out pictures that portrayed ideas, narratives and understandings that words never quite give me the exact picture of.'