Romanian Gypsies: Nine True Stories About What it's Like To Be a Gypsy in Romania (Paperback) 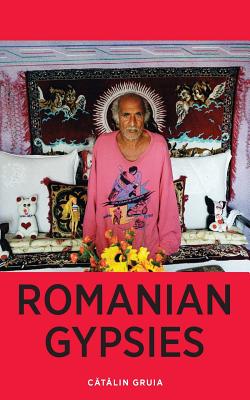 Romanian Gypsies: Nine True Stories About What it's Like To Be a Gypsy in Romania (Paperback)


Not On Our Shelves—Ships in 1-5 Days
(This book cannot be returned.)
RAW GYPSIES Nine true stories Limbos and another seven or eight Gypsies from Mocirla ("The Swamp"), on the outskirts of Romanian town Buhusi were at old Sava's pub again last night, gathered around a 2 $ bottle of liqueur. One of them had just come back from Italy: a very big guy, with a tight shirt, with a mean face, with expressionless, predatory eyes that looked you right in the brain. And they were celebrating this interlop's return home. Then, another one came down from the hill, with clay on his head, dead tired. He had worked all day at sticking together a house with clay for 3 $. And with that 3 $, he bought everyone drinks: "Drink up guys, 'cause now I have money " The conversation that followed was hypothetical - although the most frequently pronounced word was "da burli" (fuck) - about what was better for a Gypsy: to steal and cash in big all at once or to work honestly for close to nothing? Wherever you are in Romania, - in any city or village -, if you take a 30 minute walk in any direction, you'll find a community of poor Gypsies. Beside a minority that got rich exploiting barely-legal economic opportunities, for more than two thirds of some 1 million Romanian Gypsies, the tumultuous years following the fall of communism meant a transition towards hopeless poverty, delinquency, and violence. They were among the first laid off during the restructuring of the 1990s and many did not manage to get rehired. About 70% of the Gypsieslive from Minimum Income Guarantee (financial aid from the State) and occasional activities. 80% have no profession. Life in the Swamp Like Mocirla ("The Swamp"), almost every poor Gypsy community is affected by the same "shortages" when it comes to: -jobs -income -education -access to medical services -identity cards -property titles -dirty, overcrowded houses Who are these Gypsies? This is a story about what it's like to be a Gypsy (Roma) in Romania. A story told by the Gypsies themselves. For their protection (and my own), the names of the places and of the characters have been changed. Over 14 hours of interviews were edited for concision and clarity. Certain regionalisms, flagrant language and grammar mistakes were straightened out here and there. Author Catalin Gruia is a veteran journalist who has written and reported for over 10 years for the Romanian edition of National Geographic. Cover Photo by Bogdan Croitoru.