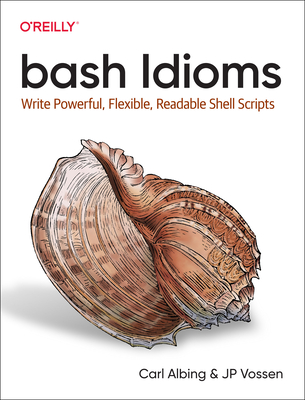 Shell scripts are everywhere, especially those written in bash-compatible syntax. But these scripts can be complex and obscure. Complexity is the enemy of security, but it's also the enemy of readability and understanding. With this practical book, you'll learn how to decipher old bash code and write new code that's as clear and readable as possible.

Authors Carl Albing and JP Vossen show you how to use the power and flexibility of the shell to your advantage. You may know enough bash to get by, but this book will take your skills from manageable to magnificent. Whether you use Linux, Unix, Windows, or a Mac, you'll learn how to read and write scripts like an expert. Your future you will thank you.

You'll explore the clear idioms to use and obscure ones to avoid, so that you can:

Carl Albing is a professor, researcher, and software engineer with a breadth of industry experience. A co-author of O'Reilly's bash Cookbook, and Cybersecurity Ops with bash, as well as the author of O'Reilly's Great bash video, Carl has worked in software (using bash and many other languages) for companies large and small, across a variety of industries. He has a B.A. in Mathematics, a Masters in International Management (M.I.M.), and a Ph.D. in Computer Science.JP Vossen has been working with computers since the early 80s and has been in the IT industry since the early 90s, specializing in Information Security since the late 90s. He's been fascinated with scripting and automation since he first understood what an autoexec.bat was, and was delighted to discover the power and flexibility of bash and GNU on Linux in the mid-90s. He has previously written for Information Security Magazine and SearchSecurity.com, among others. On those few occasions when he's not in front of a computer, he is usually taking something apart, putting something together, or both.