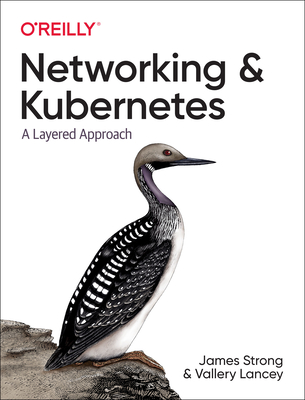 Kubernetes has become an essential part of the daily work for most system, network, and cluster administrators today. But to work effectively together on a production-scale Kubernetes system, they must be able to speak the same language. This book provides a clear guide to the layers of complexity and abstraction that come with running a Kubernetes network.

Authors James Strong and Vallery Lancey bring you up to speed on the intricacies that Kubernetes has to offer for large container deployments. If you're to be effective in troubleshooting and maintaining a production cluster, you need to be well versed in the abstraction provided at each layer. This practical book shows you how.

James began his career in Networking, first attending Cisco Networking Academy in High School. He then went on to be a Network Engineer at the University of Dayton and GE Appliances. While attending GE's Information Technology Leadership program, James was able to see many of the problems that face system administrators and developers in an Enterprise environment. As the Cloud Native Director at Contino, James leads many large-scale enterprises and financial institutions through their Cloud and DevOps journeys. He is deeply involved in his local cloud native community, running local meetups, both AWS User Group & Cloud-Native Louisville. He holds a Master of Science in Computer Science from the University of Louisville, six AWS Certifications, including the Certified Advanced Networking Specialty, along with the CNCF's CKA.Vallery started her career at Checkfront as the company's first DevOps Engineer. She began adopting Kubernetes in 2017, living through many of the early-adopter challenges, and rapidly evolving features. At Lyft, she works on the Compute Platform team as an Infrastructure Software Engineer, building and maintaining Lyft's multi-cluster Kubernetes platform. At Lyft, she has worked on multicluster ingress support. Vallery is a Kubernetes contributor, and got her start in SIG-Network. There, she has contributed to kube-proxy, and IP dualstack support. She currently contributes to multiple areas of Kubernetes, and brings an end-user perspective to the project.