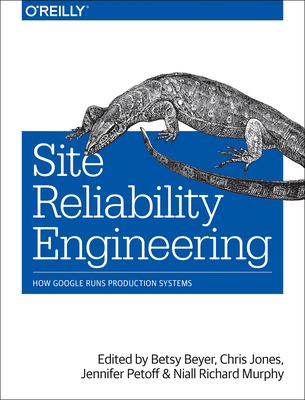 The overwhelming majority of a software system 's lifespan is spent in use, not in design or implementation. So, why does conventional wisdom insist that software engineers focus primarily on the design and development of large-scale computing systems?

In this collection of essays and articles, key members of Google 's Site Reliability Team explain how and why their commitment to the entire lifecycle has enabled the company to successfully build, deploy, monitor, and maintain some of the largest software systems in the world. You ll learn the principles and practices that enable Google engineers to make systems more scalable, reliable, and efficient lessons directly applicable to your organization.

This book is divided into four sections:

Niall Murphy leads the Ads Site Reliability Engineering team at Google Ireland. He has been involved in the Internet industry for about 20 years, and is currently chairperson of INEX, Ireland's peering hub. He is the author or coauthor of a number of technical papers and/or books, including IPv6 Network Administration for O'Reilly, and a number of RFCs. He is currently cowriting a history of the Internet in Ireland, and is the holder of degrees in Computer Science, Mathematics, and Poetry Studies, which is surely some kind of mistake. He lives in Dublin with his wife and two sons.Betsy Beyer is a Technical Writer for Google Site Reliability Engineering in NYC. She has previously written documentation for Google Datacenters and Hardware Operations teams. Before moving to New York, Betsy was a lecturer on technical writing at Stanford University.Chris Jones is a Site Reliability Engineer for Google App Engine, a cloud platform-as-a-service product serving over 28 billion requests per day. Based in San Francisco, he has previously been responsible for the care and feeding of Google's advertising statistics, data warehousing, and customer support systems. In other lives, Chris has worked in academic IT, analyzed data for political campaigns, and engaged in some light BSD kernel hacking, picking up degrees in Computer Engineering, Economics, and Technology Policy along the way. He's also a licensed professional engineer.Jennifer Petoff is a Program Manager for Google's Site Reliability Engineering team and based in Dublin, Ireland. She has managed large global projects across wide-ranging domains including scientific research, engineering, human resources, and advertising operations. Jennifer joined Google after spending eight years in the chemical industry. She holds a PhD in Chemistry from Stanford University and a BS in Chemistry and a BA in Psychology from the University of Rochester.