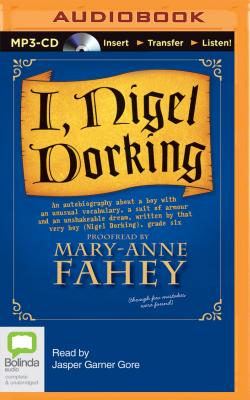 Nigel Dorking's parents are divorced, and his father has remarried and has two step-daughters. Nigel is a lonely, precocious child who idolises his absent father and longs to have more to do with him, but he has a bed-wetting problem and is anxious to hide the fact from his dad. That's not his only problem though: his mother is about to marry a man Nigel detests, a large, loud Scottish man called Gordon. Things are further complicated by Ivan, Nigel's little brother, who is profoundly disabled and utterly dependent. Gradually, Nigel comes to realise that his father, the man he hero-worships, is a failure as a father, and it is Gordon who deserves his affection and trust.