Sightlines: Beyond the Beyond in Ireland (Paperback) 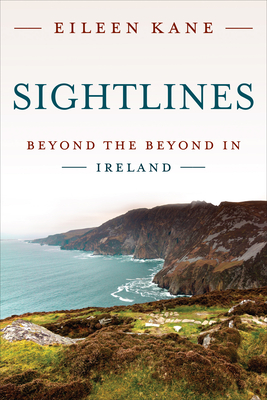 Sightlines: Beyond the Beyond in Ireland (Paperback)

It is the 1960s, and Ireland is hoping to join what will later become the European Union. The government has devised a plan to protect Ireland's cultural identity and strengthen the Irish language by supporting small factories in the Gaeltacht, traditional Irish-speaking villages in remote western areas. But is the plan working? Will farmers go into the factories? Will their children see factory work as an alternative to emigration? And will a young anthropologist be able to make sense of it all in time to write her thesis?

With her signature humor and charm, Eileen Kane transports the reader to County Donegal with a detailed account of rural Irish life during this period of rapid change. Drawing on traditional anthropological methods, as well as early participatory research, she discovers the cultural gap that exists between local communities and policy makers who are only a generation or two from the countryside.

Sightlines is a story about people living beyond the margins of maps, boundaries, language groups, and government departments - people bound by borders that have little or no correspondence to their own cultural, economic, and historical margins. Ultimately, it is a story about life on the edges, and the places and people who fall outside them.

A companion website offers expanded discussions of historical events and study questions that draw connections to the state of the field today.