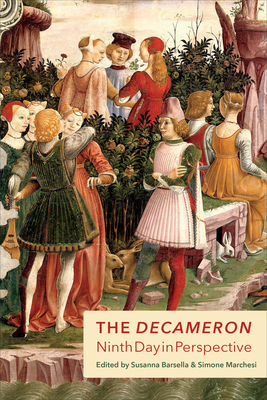 The Ninth Day of Giovanni Boccaccio's Decameron is significant both for numerological and structural reasons. Whether we consider the Decameron as reproducing an itinerary toward the attainment of virtue or following other possible interpretive schematics, Day Nine remains a liminal moment of pause before the inception of the final stories dedicated to the highest civic virtues of liberality and magnificence.

This collection is composed of extensive and rigorous essays by leading experts in the field of Boccaccio studies and medieval literature, shedding new critical light on the Ninth Day. The volume incorporates a multitude of disciplinary perspectives including literary studies, visual arts, political history, and gender studies. Taking a holistic approach, the contributors to the volume trace the dense and multi-layered web of interrelations between the narrative units and the rest of the Decameron. Connections between individual stories are highlighted and interactions between Day Nine and its counterparts in the book are analysed. In doing so, The Decameron Ninth Day in Perspective synthesizes existing scholarship but also opens up new horizons for future work.