Being Poland: A New History of Polish Literature and Culture Since 1918 (Paperback) 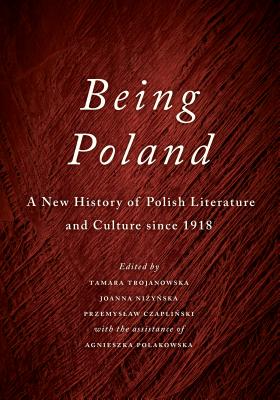 Being Poland: A New History of Polish Literature and Culture Since 1918 (Paperback)

Being Poland offers a unique analysis of the cultural developments that took place in Poland after World War One, a period marked by Poland's return to independence. Conceived to address the lack of critical scholarship on Poland's cultural restoration, Being Poland illuminates the continuities, paradoxes, and contradictions of Poland's modern and contemporary cultural practices, and challenges the narrative typically prescribed to Polish literature and film.

Reflecting the radical changes, rifts, and restorations that swept through Poland in this period, Polish literature and film reveal a multitude of perspectives. Addressing romantic perceptions of the Polish immigrant, the politics of post-war cinema, poetry, and mass media, Being Poland is a comprehensive reference work written with the intention of exposing an international audience to the explosion of Polish literature and film that emerged in the twentieth century.