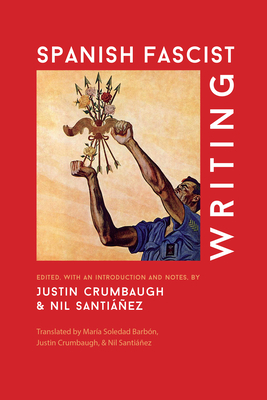 Spanish Fascist Writing presents the first collection of Spanish fascist texts in English translation and offers an intellectual and political history of fascist writing in Spain, a history that resituates the country within the larger unfolding of right-wing extremism worldwide from the early twentieth century to the present.

The manifestos, newspaper articles, essays, letters, and pieces of prose fiction gathered in this volume demonstrate why the Spanish case proves essential to a comprehensive understanding of fascism in general. These Spanish fascist texts also highlight the need for comparative analysis in order to better grasp the transnational character of fascism, fascism's profound roots in colonialism, fascism's multiple temporalities, and the rise in recent years of right-wing extremism throughout the world. In short, Spanish Fascist Writing takes Spain from the margins to the forefront of fascist studies.