The Book Rescuer: How a Mensch from Massachusetts Saved Yiddish Literature for Generations to Come (Hardcover) 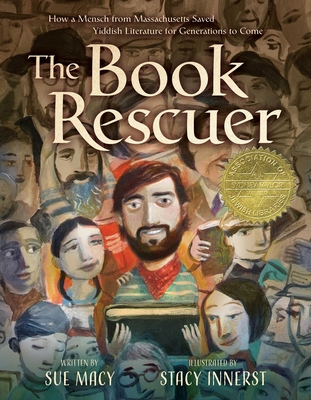 The Book Rescuer: How a Mensch from Massachusetts Saved Yiddish Literature for Generations to Come (Hardcover)

Over the last forty years, Aaron Lansky has jumped into dumpsters, rummaged around musty basements, and crawled through cramped attics. He did all of this in pursuit of a particular kind of treasure, and he’s found plenty. Lansky’s treasure was any book written Yiddish, the language of generations of European Jews. When he started looking for Yiddish books, experts estimated there might be about 70,000 still in existence. Since then, the MacArthur Genius Grant recipient has collected close to 1.5 million books, and he’s finding more every day.

Told in a folkloric voice reminiscent of Patricia Polacco, this story celebrates the power of an individual t