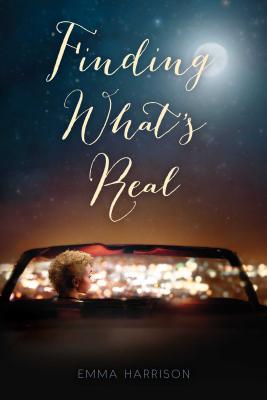 
Special Order—Subject to Availability
Cecelia Montgomery returns after running away to deal with the downside of her newfound fame—and her mother’s Presidential campaign—in the sequel to Escaping Perfect.

Two weeks after going on the run—and running away from a life that was carefully constructed for the past ten years—Cecelia Montgomery finds herself back in the middle of a media firestorm. Before she can blink, Cecilia is forced once again into a public persona she had no part in creating.

But her friends from Sweet Briar still have her back. After creating another clever diversion, Fiona, Britta, and Jasper help smuggle her back to Sweet Briar. Just when Cecilia thinks she actually is in the clear, her mother—the formidable Senator Montgomery—drops into town and officially announces she plans to run as the next Presidential candidate, making Sweet Briar campaign headquarters.

As Cecelia grows more disappointed in the people who supposedly care about her, she gets pulled deeper and deeper into a group and party scene that is vastly different than her own. Can Cecelia ever find her perfect ending, or will her escape prove to be more of a trap than she ever thought possible?
Emma Harrison has written several YA romances including The Best Girl, Tourist Trap, Snow Queens, and Finding What’s Real, as well as many TV and movie adaptations. When Emma is not writing, she loves to bake, work out, read, and watch way too much TV. She lives in New Jersey with her incredibly awesome husband and two perfectly adorable sons.
Harrison steps up the action and the ante as Cecilia deals with the harsh reality of being famous in America. Her frustration with being controlled and hounded builds at a breathtaking pace, and, with each twist and turn, the human cost of fame and power is front and center.
— Booklist