How We Became Wicked (Paperback) 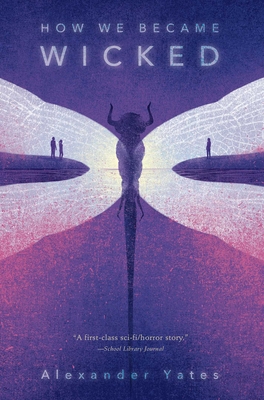 How We Became Wicked (Paperback)

When an insect-borne plague begins to envelop the world, three sixteen-year-olds struggle to survive amongst the healthy “trues” and the infected “wickeds” in this gripping dystopian tale from the author of The Winter Place.

A plague, called Wickedness, is pulsing through the world; and in its wake, it’s dividing the population into thirds:

The WICKED: Already infected by the droves of Singers, the ultraviolet mosquito-like insects who carry the plague, the Wicked roam the world freely. They don’t want for much—only to maim and dismember you. But don’t worry: They always ask politely first.

The TRUE: The True live in contained, isolated communities. They’re the lucky ones; they found safety from the Singers. And while the threat of the Wicked may not be eliminated, for the True, the threat has certainly been contained…

The VEXED: The Vexed are the truly fortunate ones—they survived the sting of the Singers, leaving them immune. But they’re far from safe. The Vexed hold the key to a cure, and there are those who will do anything to get it.

In this brilliantly realized novel, three teens—Astrid, Hank, and Natalie—start to realize that the divisions of their world aren’t as clear as they seem, and are forced to question what being wicked truly means.
Alexander Yates was born in Haiti and grew up in Mexico, Bolivia, and the Philippines. He is the author of the critically-acclaimed adult novel Moondogs, and YA novels The Winter Place and How We Became Wicked. Also a photographer, he lives in Dar es Salaam, Tanzania, with his wife.