The War on Drugs: A History (Paperback) 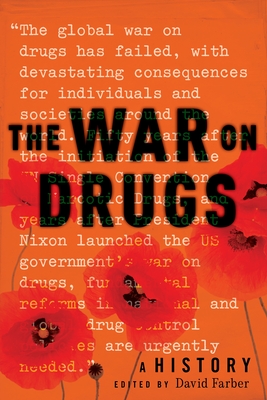 The War on Drugs: A History (Paperback)

Fifty years after President Richard Nixon declared a War on Drugs, the United States government has spent over a trillion dollars fighting a losing battle. In recent years, about 1.5 million people have been arrested annually on drug charges--most of them involving cannabis--and nearly 500,000 Americans are currently incarcerated for drug offenses. Today, as a response to the dire human and financial costs, Americans are fast losing their faith that a War on Drugs is fair, moral, or effective. In a rare multi-faceted overview of the underground drug market, featuring historical and ethnographic accounts of illegal drug production, distribution, and sales, The War on Drugs: A History examines how drug war policies contributed to the making of the carceral state, racial injustice, regulatory disasters, and a massive underground economy. At the same time, the collection explores how aggressive anti-drug policies produced a "deviant" form of globalization that offered economically marginalized people an economic life-line as players in a remunerative transnational supply and distribution network of illicit drugs. While several essays demonstrate how government enforcement of drug laws disproportionately punished marginalized suppliers and users, other essays assess how anti-drug warriors denigrated science and medical expertise by encouraging moral panics that contributed to the blanket criminalization of certain drugs. By analyzing the key issues, debates, events, and actors surrounding the War on Drugs, this timely and impressive volume provides a deeper understanding of the role these policies have played in making our current political landscape and how we can find the way forward to a more just and humane drug policy regime.
David Farber, the Roy A. Roberts Distinguished Professor at the University of Kansas, has published numerous books on recent United States history, including The War on Drugs (NYU Press, 2021), The Age of Great Dream: America in the 1960s (Hill and Wang 1994), Sloan Rules (University of Chicago Press 2005), Crack (Cambridge 2019), The Rise and Fall of Modern American Conservatism (Princeton, 2010), and Taken Hostage.