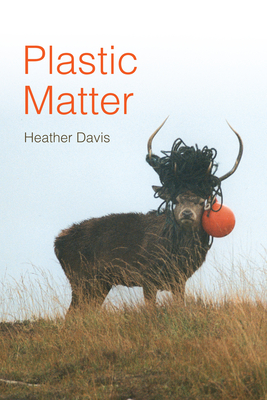 
Not On Our Shelves—Ships in 1-5 Days
Plastic is ubiquitous. It is in the Arctic, in the depths of the Mariana Trench, and in the high mountaintops of the Pyrenees. It is in the air we breathe and the water we drink. Nanoplastics penetrate our cell walls. Plastic is not just any material--it is emblematic of life in the twentieth and twenty-first centuries. In Plastic Matter Heather Davis traces plastic's relations to geology, media, biology, and race to show how matter itself has come to be understood as pliable, disposable, and consumable. The invention and widespread use of plastic, Davis contends, reveals the dominance of the Western orientation to matter and its assumption that matter exists to be endlessly manipulated and controlled by humans. Plastic's materiality and pliability reinforces these expectations of what matter should be and do. Davis charts these relations to matter by mapping the queer multispecies relationships between humans and plastic-eating bacteria and analyzing photography that documents the racialized environmental violence of plastic production. In so doing, Davis provokes readers to reexamine their relationships to matter and life in light of plastic's saturation.
Heather Davis is Assistant Professor of Culture and Media at The New School, editor of Desire Change: Contemporary Feminist Art in Canada, and coeditor of Art in the Anthropocene: Encounters among Aesthetics, Politics, Environments, and Epistemologies.