The Ruse of Repair: US Neoliberal Empire and the Turn from Critique (Paperback) 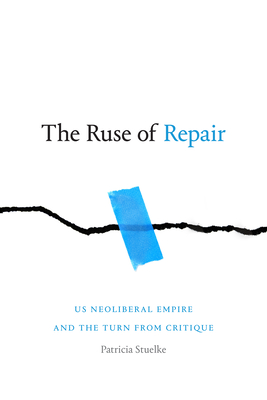 The Ruse of Repair: US Neoliberal Empire and the Turn from Critique (Paperback)


Not On Our Shelves—Ships in 1-5 Days
Since the 1990s, literary and queer studies scholars have eschewed Marxist and Foucauldian critique and hailed the reparative mode of criticism as a more humane and humble way of approaching literature and culture. The reparative turn has traveled far beyond the academy, influencing how people imagine justice, solidarity, and social change. In The Ruse of Repair, Patricia Stuelke locates the reparative turn's hidden history in the failed struggle against US empire and neoliberal capitalism in the 1970s and 1980s. She shows how feminist, antiracist, and anti-imperialist liberation movements' visions of connection across difference, practices of self care, and other reparative modes of artistic and cultural production have unintentionally reinforced forms of neoliberal governance. At the same time, the US government and military, universities, and other institutions have appropriated and depoliticized these same techniques to sidestep addressing structural racism and imperialism in more substantive ways. In tracing the reparative turn's complicated and fraught genealogy, Stuelke questions reparative criticism's efficacy in ways that will prompt critics to reevaluate their own reading practices.
Patricia Stuelke is Assistant Professor of English at Dartmouth College.