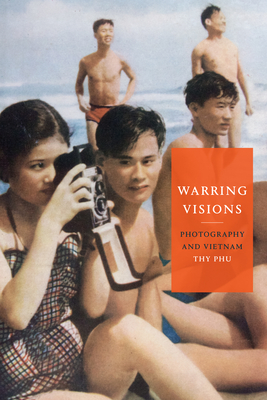 
Not On Our Shelves—Ships in 1-5 Days
In Warring Visions, Thy Phu explores photography from dispersed communities throughout Vietnam and the Vietnamese diaspora, both during and after the Vietnam War, to complicate narratives of conflict and memory. While the visual history of the Vietnam War has been dominated by American documentaries and war photography, Phu turns to photographs circulated by the Vietnamese themselves, capturing a range of subjects, occasions, and perspectives. Phu's concept of warring visions refers to contrasts in the use of war photos in North Vietnam, which highlighted national liberation and aligned themselves with an international audience, and those in South Vietnam, which focused on family and everyday survival. Phu also uses warring visions to enlarge the category of war photography, a genre that usually consists of images illustrating the immediacy of combat and the spectacle of violence, pain, and wounded bodies. She pushes this genre beyond such definitions by analyzing pictures of family life, weddings, and other quotidian scenes of life during the war. Phu thus expands our understanding of how war is waged, experienced, and resolved.
Thy Phu is Professor of Media Studies at the University of Toronto. She is coeditor of Feeling Photography, also published by Duke University Press, and Refugee States: Critical Refugee Studies in Canada. She is also author of Picturing Model Citizens: Civility in Asian American Visual Culture.