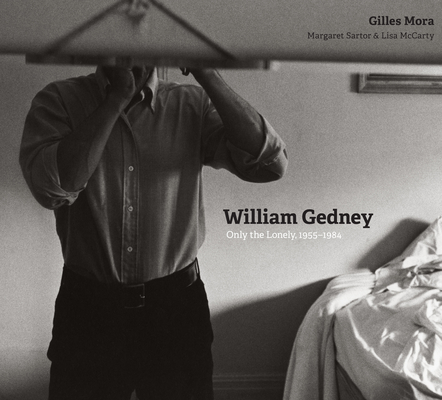 Mysterious, introspective, fiercely private, and self-taught, street photographer William Gedney (1932–1989) produced impressive series of images focused on people whose lives were overlooked, hidden, or reduced to stereotypes. He was convinced that photography was a means of expression as efficient as literature, and his images were accompanied by writings, essays, excerpts from books, and aphorisms. Gedney avoided self-promotion, and his underrepresented work was largely unknown during his short lifetime. He died at the age of fifty-six from AIDS.

William Gedney: Only the Lonely, 1955–1984 is the first comprehensive retrospective of his photography. It presents images from all of his major series, including eastern Kentucky, where Gedney lived with and photographed the family of laid-off coal miner Willie Cornett; San Francisco and Haight-Ashbury, where he attached himself to a group of disaffected youth, photographing them as they drifted from one vacant apartment to the next during the “Summer of Love”; early photo-reportage of gay pride parades in the eighties; Benares, India, Gedney’s first trip abroad, during which he obsessively chronicled the concurrent difficulty and beauty of daily life; and night scenes that, in the absence of people and movement, evoke a profound universal loneliness. The most complete overview of Gedney’s work to date, this volume reveals the undeniable beauty of a major American photographer.

Margaret is a writer, photographer, and curator. She teaches documentary photography at Duke University and is the coeditor with Geoff Dyer of What Was True: The Photographs and Notes of William Gedney.

Lisa McCarty is curator of the Archive of Documentary Arts at Duke University’s Rubenstein Rare Book and Manuscript Library.