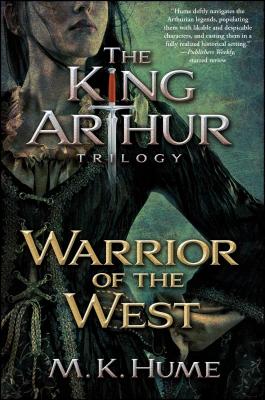 This is book number 2 in the The King Arthur Trilogy series.

Could all that King Arthur fought for be lost? From the author of The Merlin Prophecy, a trilogy that Kirkus Reviews proclaimed, will “appeal to those who thrill to Game of Thrones,” the second installment in the action-packed historical trilogy is the epic tale of Arthur’s efforts to save the heart of his kingdom.

Twelve years have passed since Arthur was crowned High King. Against all odds, he has united Celtic Britain and banished the Saxons. Although he’s succeeded in defeating all external threats and his kingdom is at its zenith, it is now being undermined from within.

Arthur is betrayed by his wife and also learns of appalling perversion at the heart of his kingdom. With his guide and master tactician, Myrddion, gone, Arthur must decide how to proceed if he wishes to see Britain stand strong. The fate of a kingdom rests on his shoulders and his selflessness is put to the test.

Could all that Arthur has bought for be lost forever?
M. K. Hume is a retired academic. She received her MA and PhD in Arthurian literature and is the author of The Merlin Prophecy, a historical trilogy about the legend of Merlin. She lives in Australia with her husband and two sons.