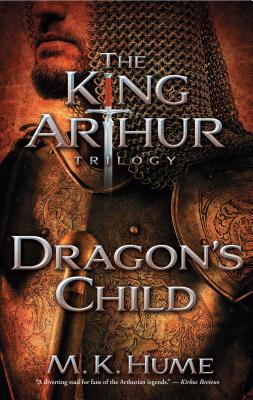 This is book number 1 in the The King Arthur Trilogy series.

From the author of The Merlin Prophecy, a trilogy that Kirkus Reviews proclaimed, will “appeal to those who thrill to Game of Thrones,” the first installment in the action-packed trilogy of battles, romance, and bravery during the Dark Ages is the tale of the boy destined to become King Arthur.

The Dark Ages: a time of chaos and bloodshed. The Roman legions have long deserted the isles and the despotic Uther Pendragon, High King of Celtic Britain, is nearing death. As the tyrant falters, his kingdom is being torn apart by the minor kings who jostle for his throne. But only one man can bring the Celts together as a nation and restore peace – King Arthur.

We meet Arthur first as a shy, subservient twelve-year-old living in the home of Lord Ector, who took in the boy when he was a babe to protect him from murderous kin. One day, three influential men arrive at Ector’s villa and arrange for Arthur to be taught the skills of the warrior: blade and shield, horse and fire, pain and bravery.

When they return years later, the country is in desperate straits, for the great cities of the east are falling to the menace of the Saxon hordes.

In spite of Uther, Arthur becomes a war chieftain and wins many battles to earn him the trust of his Celtic warriors and prove that he alone can unite the tribes. But if he is to fulfill his destiny and become the High King, Arthur must find Uther’s crown and sword.

The future of Britain is at stake.
M. K. Hume is a retired academic. She received her MA and PhD in Arthurian literature and is the author of The Merlin Prophecy, a historical trilogy about the legend of Merlin. She lives in Australia with her husband and two sons.
"M.K. Hume writes beautifully, descriptively, and hauntingly. The characters leap off the page, their facial features, hair and clothing etched as carefully as their traits.”
— JT Webster

"A diverting read for fans of the Arthurian legends".
— Kirkus Review