The Crime World of Michael Connelly: A Study of His Works and Their Adaptations (Paperback) 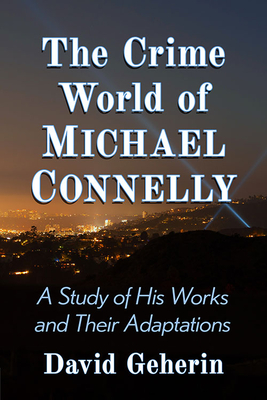 The Crime World of Michael Connelly: A Study of His Works and Their Adaptations (Paperback)


Coming Soon—Pre-Order Now
Since his first novel in 1992, Michael Connelly has become one of America's most popular and critically acclaimed crime writers. He is best known as the author of a long-running series featuring LAPD homicide detective Harry Bosch, a compelling figure in contemporary crime fiction. He also created several additional series featuring a criminal defense attorney (Mickey Haller, known as the Lincoln Lawyer), an FBI profiler (Terry McCaleb), a newspaper reporter (Jack McEvoy), and an LAPD policewoman (Renee Ballard) who works the night shift. When he began incorporating all his characters into the Bosch megaseries, he expanded the notion of what a crime series can accomplish. This work takes an in-depth look at all of Connelly's work, including the 34 novels that comprise the Bosch megaseries, the film adaptations of his books, the popular Bosch TV series, and his standalone novels, short stories and podcasts. It includes chapters on his novelistic artistry and his portraits of Los Angeles and its police department.
David Geherin, a professor emeritus of English at Eastern Michigan University, is the author of eight books on crime fiction, two of which were finalists for the Mystery Writers of America's Edgar Allan Poe Award. He lives in Ypsilanti, Michigan.