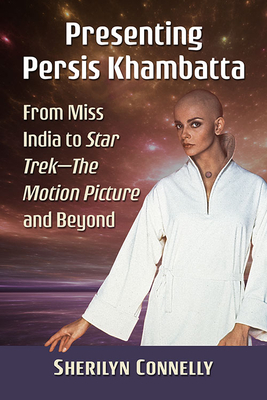 
Special Order—Subject to Availability
In 1965, 18-year-old Persis Khambatta became the third woman to be crowned Miss India. After moving to England and then to the United States, she found worldwide fame in the first Star Trek movie in 1979, and in 1980 she became the first Indian presenter at the Academy Awards. The American film industry seemed never to forgive Khambatta for being a non-white woman who refused to do nude scenes. After failing to sustain a career as either a producer or a performer, she achieved a triumph before her sudden death in 1998 with the publication of her book Pride of India: A Tribute to Miss India. Based on contemporary news articles and primary sources, this first biography examines Khambatta's Hindi and English-language film and television work, and demonstrates the many ways she was ahead of her time as a filmmaker, feminist, and humanitarian.
Sherilyn Connelly is a San Francisco-based writer and librarian.