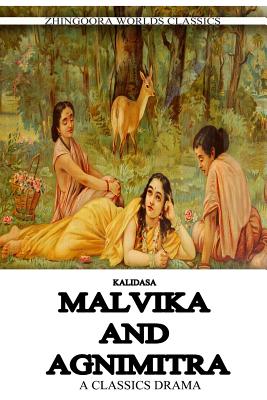 
Not On Our Shelves—Ships in 1-5 Days
(This book cannot be returned.)
Kalidasa probably lived in the fifth century of the Christian era. This date, approximate as it is, must yet be given with considerable hesitation, and is by no means certain. No truly biographical data are preserved about the author, who nevertheless enjoyed a great popularity during his life, and whom the Hindus have ever regarded as the greatest of Sanskrit poets. We are thus confronted with one of the remarkable problems of literary history. For our ignorance is not due to neglect of Kalidasa's writings on the part of his countrymen, but to their strange blindness in regard to the interest and importance of historic fact. No European nation can compare with India in critical devotion to its own literature. During a period to be reckoned not by centuries but by millenniums, there has been in India an unbroken line of savants unselfishly dedicated to the perpetuation and exegesis of the native masterpieces. Editions, recensions, commentaries abound; poets have sought the exact phrase of appreciation for their predecessors: yet when we seek to reconstruct the life of their greatest poet, we have no materials except certain tantalising legends, and such data as we can gather from the writings of a man who hardly mentions himself.