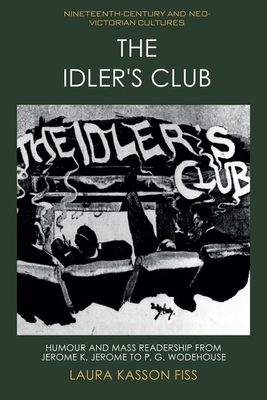 Poking fun at Victorian social clubs became a way of asserting and redefining social belonging. At the turn of the century, amid intense social change, the club became the subject of sustained humour in the Idler magazine and its circle, from editors Jerome K. Jerome and Robert Barr to J. M. Barrie, Arthur Conan Doyle, Barry Pain, Israel Zangwill, and even P. G. Wodehouse. Rather than doing away with the club itself, these authors embraced the paradoxes of the club and re-defined it as a space of possibility. Their humorous, fictional clubs aided the social mobility of the authors who created them, who in turn served as models for the readers who might never cross the literal thresholds of Clubland.

Laura Kasson Fiss (she/her) is Research Assistant Professor in Humanities at Michigan Technological University. Her articles have appeared in Victorian Periodicals Review, The Cambridge Companion to Gilbert and Sullivan, and elsewhere.