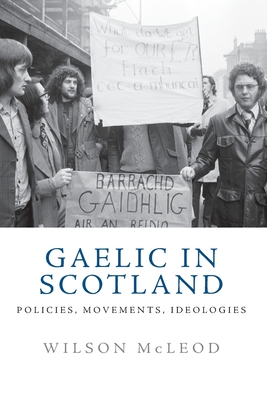 In this extensive study of the changing role of Gaelic in modern Scotland, Wilson McLeod looks at the policies of government and the work of activists and campaigners who have sought to maintain and promote Gaelic.

Wilson McLeod BA (Haverford), JD (Harvard), MSc, PhD (Edinburgh) is Lecturer in Celtic, University of Edinburgh. His research interests focus on language policy, legislation, rights, and planning in Scotland and elsewhere; and on the cultural politics of Irish and Scottish Gaelic literature from the late medieval period to the present day. He is the author of, i>Divided Gaels: Gaelic Scotland and Gaelic Ireland, 1200- 1650 Oxford University Press (2004).