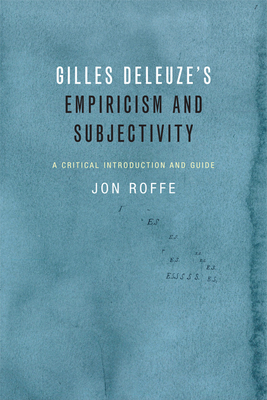 Jon Roffe shows how Empiricism and Subjectivity is the precursor for some of Deleuze's most well-known philosophical innovations. For those already familiar with Deleuze, he emphasises its novelty within his corpus. And, for all readers, he shows how it outlines Deleuze's powerful and striking theory of subjectivity, and of philosophy itself.

Empiricism and Subjectivity is Gilles Deleuze's first book, and yet it is infrequently read and poorly understood. In fact, it constitutes a unique project in its own right, deserving of the same close study that is now widely given to other, more well-known works.