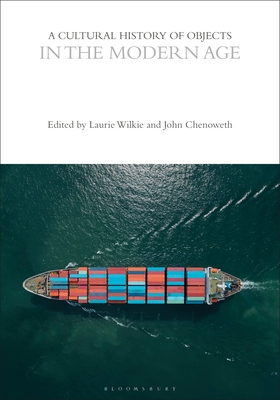 A Cultural History of Objects in the Modern Age covers the period 1900 to today, a time marked by massive global changes in production, transportation, and information-sharing in a post-colonial world. New materials and inventions - from plastics to the digital to biotechnology - have created unprecedented scales of disruption, shifting and blurring the categories and meanings of the object. If the 20th century demonstrated that humans can be treated like things whilst things can become ever more human, where will the 21st century take us?

The 6 volume set of the Cultural History of Objects examines how objects have been created, used, interpreted and set loose in the world over the last 2500 years. Over this time, the West has developed particular attitudes to the material world, at the centre of which is the idea of the object. The themes covered in each volume are objecthood; technology; economic objects; everyday objects; art; architecture; bodily objects; object worlds. Laurie A. Wilkie is Professor at the University of California-Berkeley, USA. John M. Chenoweth, is Associate Professor at the University of Michigan-Dearborn, USA.
Volume 6 in the Cultural History of Objects set.
General Editors: Dan Hicks and William Whyte
Laurie A. Wilkie, Professor of Anthropology, University of California-Berkeley, USA John M. Chenoweth, Associate Professor of Anthropology, University of Michigan-Dearborn, USA