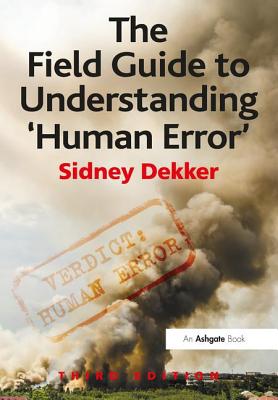 
Not On Our Shelves—Ships in 1-5 Days
(This book cannot be returned.)
Sidney Dekker (PhD Ohio State University, USA, 1996) is currently professor at Griffith University in Brisbane, Australia, where he runs the Safety Science Innovation Lab. He is also Professor (Hon.) of psychology at The University of Queensland, and Professor (Hon.) of human factors and patient safety at the Royal Children's Hospital in Brisbane. Previously, Sidney was Professor of human factors and system safety at Lund University in Sweden. After becoming full professor, he learned to fly the Boeing 737, working part-time as an airline pilot out of Copenhagen. Sidney is the best-selling author of a multitude of human factors and safety books, including, most recently, Safety Differently (2014), Second Victim (2013), Just Culture (2012), Drift into Failure (2011), and Patient Safety (2011).