Feeling the Gaze: Image and Affect in Contemporary Argentine and Chilean Performance (North Carolina Studies in the Romance Languages and Literatu #323) (Paperback) 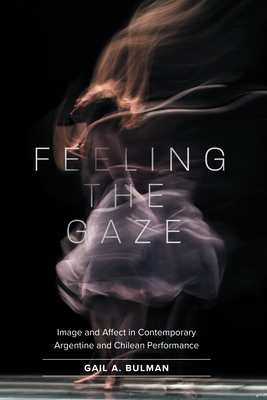 Feeling the Gaze: Image and Affect in Contemporary Argentine and Chilean Performance (North Carolina Studies in the Romance Languages and Literatu #323) (Paperback)


Not On Our Shelves—Ships in 1-5 Days
Feeling the Gaze explores the visual elements in eight contemporary Argentine and Chilean theater performances. Gail A. Bulman shows how staged images can awaken spectators' emotions to activate their intellect, provoking nuanced and deep contemplation of social, historical, and political themes. Ranging from simple props, costumes, body movements and spatial constructions to integrated media and digital images, the aesthetic components in these pieces engage to forge multifaceted storytelling, stimulate the public's relation to memory, and create affective bonds that help build individual and collective social consciousness. Recent innovations in Southern Cone theatre aesthetics have been shifting traditional performance/spectator relationships and animating ideological discussions. The various works presented here give readers a holistic understanding of the emerging prominence of visuality and affect as a vehicle for political advocacy in Latin American theatre and performance. The book asks us to consider the formation of new spectator-performance bonds as authors, directors, and theatre groups increasingly turn toward alternative settings for their work. Lingering visual memories of the performances, together with the feelings that the performative experience stirs up, provide spectators with an enduring focal point through which to reflect on and judge what is "beyond" the performed scenes. Staged live in the Southern Cone and internationally since 2014, these plays demonstrate the transgressive power of the visual to make spectators see, feel, and potentially act against injustices and violence.