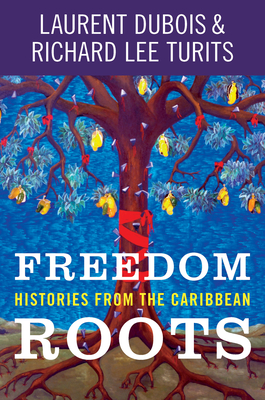 
Not On Our Shelves—Ships in 1-5 Days
To tell the history of the Caribbean is to tell the history of the world, write Laurent Dubois and Richard Lee Turits. In this powerful and expansive story of the vast archipelago, Dubois and Turits chronicle how the Caribbean has been at the heart of modern contests between slavery and freedom, racism and equality, and empire and independence. From the emergence of racial slavery and European colonialism in the early sixteenth century to U.S. annexations and military occupations in the twentieth, systems of exploitation and imperial control have haunted the region. Yet the Caribbean is also where empires have been overthrown, slavery was first defeated, and the most dramatic revolutions triumphed. Caribbean peoples have never stopped imagining and pursuing new forms of liberty.

Dubois and Turits reveal how the region's most vital transformations have been ignited in the conflicts over competing visions of land. While the powerful sought a Caribbean awash in plantations for the benefit of the few, countless others anchored their quest for freedom in small-farming and counter-plantation economies, at times succeeding against all odds. Caribbean realities to this day are rooted in this long and illuminating history of struggle.
Laurent Dubois, author of Haiti: The Aftershocks of History and A Colony of Citizens, among other books, is professor of history and romance studies at Duke University. Richard Lee Turits, author of Foundations of Despotism, is associate professor of history, Africana studies, and Latin American studies at The College of William & Mary.