Russia: A 1000-Year Chronicle of the Wild East (Paperback) 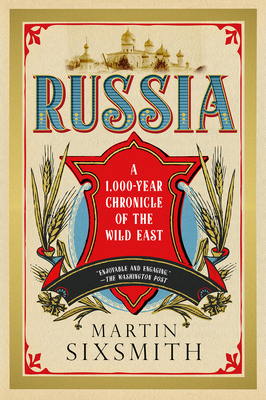 Russia: A 1000-Year Chronicle of the Wild East (Paperback)


Not On Our Shelves—Ships in 1-5 Days
As the BBC Moscow correspondent for almost twenty years, Sixsmith tells Russia's full and fascinating story, from its foundation in the last years of the tenth century to the first years of the twenty-first, skillfully tracing the conundrums of modern Russia to their roots in its troubled past. Covering politics, music, literature and art, he explores the myths Russians have created from their history. Marking the twentieth anniversary of the dissolution of the Soviet Union, Russia is essential reading for anyone who wants to understand the complex political landscape of Russia and its unique place in the modern world.
MARTIN SIXSMITH is the author of "Moscow Coup: The Death of the Soviet System, The Litvinenko file: The True Story of a Death Foretold, " and two novels. Educated at Harvard, Oxford, and the Sorbonne, he was the BBC Moscow correspondent for many years.