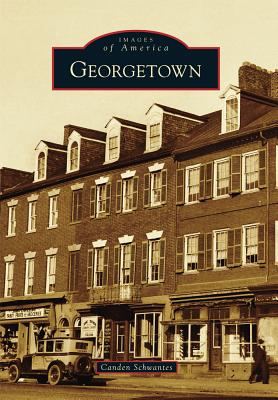 The images in this collection capture the diverse history of Georgetown.

Georgetown, a thriving neighborhood in the nation's capital, was established in 1751 as an independent city. As the land to its east was being developed into Washington, DC, the once sleepy river town grew and evolved. George Washington's adopted descendants lived down the street from where Kennedy lived before Camelot; Julia Child walked past the home of Robert Todd Lincoln; and a successful community of free black Americans was built around the corner from what had previously been a slave market. Georgetown depicts the history of a community whose roots span far beyond the prestigious university and upper-class neighborhood for which it is known. The images capture mansions and slums, thriving businesses and crumbling facades, an industrial revolution, and the closing of the C&O Canal.