A History of Alcatraz Island Since 1853 (Images of America) (Paperback) 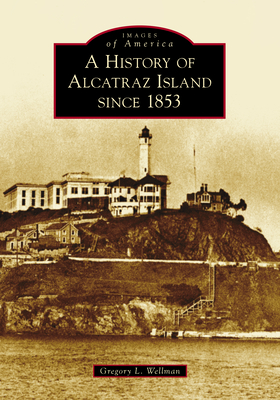 A History of Alcatraz Island Since 1853 (Images of America) (Paperback)

As one of America's most notorious prisons, Alcatraz has been a significant part of California's history since 1853.

The small island known in sea charts by its Spanish name Isla de los Alcatraces or Island of Pelicans laid essentially dormant until the 1850s, when the US military converted the island into a fortress to protect the booming San Francisco region. Alcatraz served as a pivotal military position until the early 20th century and in 1934 was converted into a federal penitentiary to house some of America's most incorrigible prisoners. The penitentiary closed in 1963, and Alcatraz joined the National Park Service system in 1972. Since then, it has remained one of the Bay Area's most popular attractions as part of the Golden Gate National Recreation Area.

Gregory L. Wellman, a California-based consultant, reveals in these images the evolution of Alcatraz. The island's startling transformation comes alive through the photographic collections of the Alcatraz Alumni Association, the Golden Gate National Archives, and other private collections from around the country. This stirring imagery documents the evolution of one of America's most renowned and memorable landmarks.