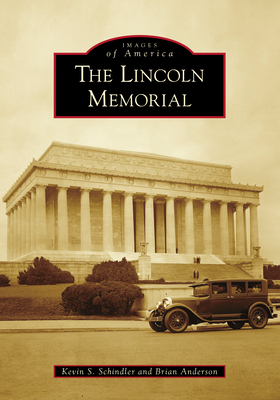 The Lincoln Memorial in Washington, DC, is a monument to the nation's 16th president, a commemoration of the country's post-Civil War reunification, and a setting for national events and quiet visits.

Demands for a national memorial to Abraham Lincoln began shortly after his 1865 assassination but produced nothing substantial until the early 20th century. Elevation of Lincoln to legendary status and an extended debate over location and design finally led Congress in 1913 to approve a memorial at the west end of the National Mall. Construction took another eight years. Since its dedication in 1922, the Lincoln Memorial has hosted civil rights demonstrations, presidential events, national celebrations, and day and night visits by millions of people who come to reflect upon one of the most consequential leaders in American history.

Kevin S. Schindler is a historian at Lowell Observatory in Flagstaff, Arizona, and has written six books about science and history. Brian Anderson is a Washington, DC, lawyer and Ford's Theatre Society trustee who previously wrote a book about the history of Ford's Theatre. Drawing upon Washington-area museums and research libraries, Schindler and Anderson have assembled a rich collection of historical images to tell the fascinating story of this American landmark.