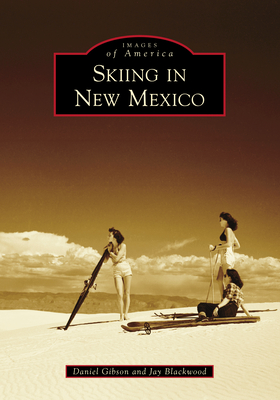 
In Stock—Click for Locations
New Mexico's long and distinguished skiing history began with the miners of the late 19th century and its pioneer settlers. Ski area development was launched in the 1930s in the Sandia Mountains near Albuquerque and quickly spread to the southernmost range of the Rocky Mountains--the Sangre de Cristos, north of Santa Fe. Students of a boarding school, the Los Alamos Ranch School, took up the sport in the Jemez Mountains, and when the school was occupied in the 1940s by American and international scientists like Neils Bohr working to create the world's first atomic bomb, they enthusiastically pursued skiing in their rare spare time. Taos Ski Valley's founding in 1955 elevated the scene to world-class status, and today, there are eight major downhill ski areas and one cross-country center stretching from the deserts of south-central New Mexico to the Colorado border.