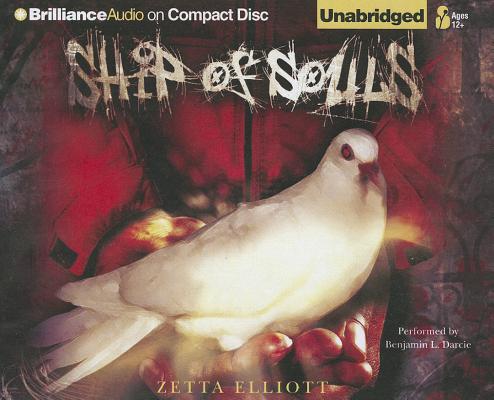 When Dmitri, an eleven-year-old bird-watcher and math whiz, loses his mother to breast cancer, he is taken in by Mrs. Martin, an elderly white woman. Unaccustomed to the company of kids his own age, D struggles at school and feels like an outcast until a series of unexpected events changes the course of his life.

First, D is asked to tutor the school's basketball star, Hakeem, who will get benched unless his grades improve. Against the odds, the two boys soon realize they have something in common: they are both taunted by kids at school, and they both have a crush on Nyla, a beautiful but fierce eighth-grade girl. Then Nyla adopts D and invites him to join her entourage of "freaks." Finally, D discovers an injured bird and brings it home from the park.

D is stunned when the strange bird speaks to him and reveals that she is really a guiding spirit that has been held hostage by ghost soldiers who died in Brooklyn at the start of the American Revolution. As Nuru's chosen host, D must carry her from Brooklyn to the African Burial Ground in lower Manhattan, but the ghost soldiers won't surrender their prize without a fight.

With the help of Hakeem and Nyla, D battles the Nether Beings who lurk underground, feeding off centuries of rage and pain. But it takes an unexpected ally to help the trio reach the ship that will deliver the innocent souls of the dead back to Nuru's realm. An urban fantasy infused with contemporary issues and historical facts, Ship of Souls by Zetta Elliott will keep teen readers gripped until the very end.