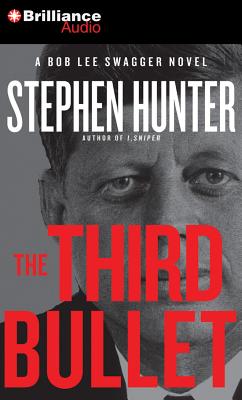 This is book number 8 in the Bob Lee Swagger Novels series.

It's not even a clue. It's a whisper, a trace, a ghost echo, drifting down through the decades via chance connections so fragile that they would disintegrate in the puff of a breath. But it's enough to get legendary former Marine sniper Bob Lee Swagger interested in the events of November 22, 1963, and the third bullet that so decisively ended the life of John F. Kennedy and set the stage for one of the most enduring controversies of our time.

Swagger begins his slow night stalk through a much-traveled landscape. But he's asking questions that few have asked before: Why did the third bullet explode? Why did Lee Harvey Oswald, about to become the most hunted man on earth, risk it all by returning to his rooming house to secure a pistol he easily could have brought with him? How could a conspiracy that went unpenetrated for fifty years have been thrown together in the two and a half days between the announcement of the president's route and the assassination itself?

As Bob investigates, another voice enters the narrative: knowing, ironic, almost familiar, that of a gifted, Yale-educated veteran of the CIA Plans Division. Hugh Meachum has secrets and the means and the will to keep them buried. When weighed against his own legacy, Swagger's life is an insignificant expense -- but to blunt the threat, he'll first have to ambush the sniper.

As each man hunts the other across today's globe and through the thickets of history, The Third Bullet builds to an explosive climax that will finally prove what Bob Lee Swagger has always known: it's never too late for justice.