The Dash for Khartoum: A Tale of the Nile Expedition (Paperback) 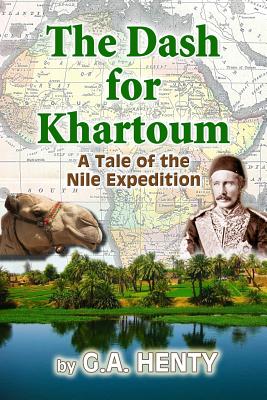 The Dash for Khartoum: A Tale of the Nile Expedition (Paperback)


Not On Our Shelves—Ships in 1-5 Days
(This book cannot be returned.)
No two young men could be closer than Rupert and Edgar Clinton. Two brothers living carefree at school, until a stranger approaches and reveals a secret past. Shocked, Edgar runs away and joins the British Army. He then embarks with his unit to Egypt, on the Nile Expedition, to relieve British forces under siege at Khartoum. These forces, led by Charles Gordon, are being attacked by the forces of a Muslim Mahdi (prophetic leader). Will Edgar and his unit reach Khartoum in time? Will Edgar survive the battle? Will Rupert ever see his brother again? These questions, and more, are answered in Dash to Khartoum: The Nile Expedition by G.A. Henty. Set in late 19th century Africa, this book includes more than one hundred geographical, historical, and explanatory footnotes to aid the modern reader.
G.A. Henty (1832-1902) was a prolific author and journalist in the 19th century. Drawing on his experience and knowledge as a war correspondent, Henty was a master of weaving history into his fictional stories about courageous young men living in difficult times marked by military conflict. His stories provide insight into some of the greatest conflicts of history while introducing the reader to characters that embodied the values of integrity, duty and virtue. While aimed at older children and teens, even adults will enjoy his writings.