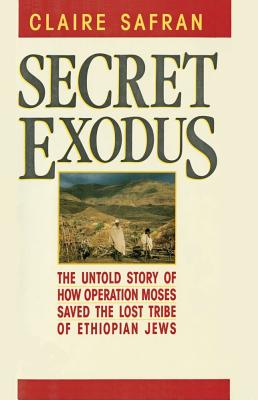 
Not On Our Shelves—Ships in 1-5 Days
The story of the migration, under conditions of extreme secrecy, of some 16,000 Ethiopian Jews to Israel, in which Israeli intelligence agents, American diplomats, international refugee organizations, and Sudanese officials all had vital roles. It is told by a Readers’ Digest roving editor who calls it “the story of a good deed that even today almost no one wants to take credit for.”
Claire Safran is a roving editor for Reader’s Digest. She has published articles on a wide range of topics in magazines as Woman’s Day, Parade, Redbook, and TV Guide. She is a former executive editor of Redbook, editor-in-chief of Coronet, associate editor of Family Weekly, and copy writer for the Jewish Daily Forward. Safran, a graduate of Brooklyn College, has won numerous awards for her writing including the American Society of Journalists and Authors Award for Outstanding Magazine Article and the William Harvey Award. She lives in Connecticut with her husband, John Milton Williams.