The Boys of Dunbar: A Story of Love, Hope, and Basketball (Paperback) 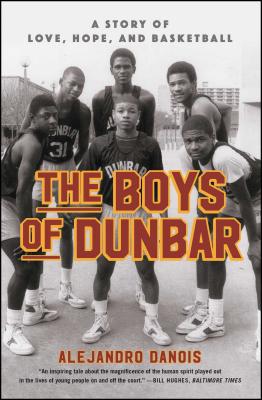 The Boys of Dunbar: A Story of Love, Hope, and Basketball (Paperback)


Not On Our Shelves—Ships in 1-5 Days
The inspiring true story of a remarkable coach whose superb undefeated high-school basketball team in 1980s Baltimore produced four NBA players and gave hope to a desperate neighborhood and city—“a feel-good story that is timely as well as true” (Glenn C. Altschuler, Florida Courier).

As the crack epidemic swept across inner-city America in the early 1980s, the streets of Baltimore were crime ridden. For poor kids from the housing projects, the future looked bleak. But basketball could provide the quickest ticket out, an opportunity to earn a college scholarship and perhaps even play in the NBA.

Dunbar High School had one of the most successful basketball programs in the country; in the early 1980s, the Dunbar Poets were arguably the best high school team of all time. Four starting players—Muggsy Bogues, Reggie Williams, David Wingate, and Reggie Lewis—would eventually play in the NBA, an unheard-of success rate. In The Boys of Dunbar, Alejandro Danois revisits the 1981–1982 season with the Poets as the team conquered all its opponents. But more than that, he takes us into the lives of these kids, and especially of Coach Bob Wade, a former NFL player from the same neighborhood who knew that the basketball court, and the lessons his players would learn there, held the key to the future.

“[Danois’] tale of the basketball exploits of a handful of high school students in the 1980s shows young men motivated by their coach and other recreation leaders to dream beyond the hardship of their geography” (Bijan C. Bayne, The Washington Post). “Inspirational stories can be found everywhere in high-school sports, but Dunbar and its legendary coach, Bob Wade, stand out” (Booklist). The Boys of Dunbar will leave you cheering every victory.
A native of Brooklyn, New York, Alejandro Danois now lives in Baltimore, Maryland. He earned a scholarship for talented minority students to attend Milton Academy in Massachusetts and later attended the University of Pennsylvania. Mr. Danois is editor-in-chief of The Shadow League and a freelance sports and entertainment writer whose work has been published by The New York Times, The Baltimore Sun, Associated Press, Bleacher Report, Sporting News, Los Angeles Times, and Ebony magazine, among others. The Boys of Dunbar is his first book.
“Boys of Dunbar is more than a book about basketball. At a deeper level, it’s an inspiring tale about the magnificence of the human spirit played out in the lives of young people on and off the court. . . . A gem of a sports story.”

“[Danois’s] tale of the basketball exploits of a handful of high school students in the 1980s shows young men motivated by their coach and other recreation leaders to dream beyond the hardship of their geography. . . . Expertly re-creates not only a season but the mood of a growing sport.”
— Bijan C. Bayne

“The numbers say everything about the magical run by the boys’ basketball team of Baltimore’s Dunbar High School in the 1981-82 and 1982-83 seasons. . . . Inspirational stories can be found everywhere in high-school sports, but Dunbar and its legendary coach, Bob Wade, stand out for the sheer talent to converge at Dunbar those two seasons.”
— Booklist