BROKEN CIRCLE: TRUE STORY OF MURDER AND MAGIC IN INDIAN COUNTRY: The Troubled Past and Uncertain Future of the FBI (Paperback) 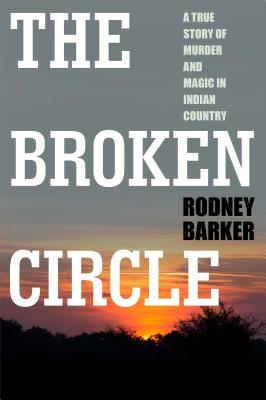 BROKEN CIRCLE: TRUE STORY OF MURDER AND MAGIC IN INDIAN COUNTRY: The Troubled Past and Uncertain Future of the FBI (Paperback)


Not On Our Shelves—Ships in 1-5 Days
Broken Circle recounts “The Chokecherry Massacre,” in which three New Mexico high-school students were charged with the murder of two Navajo Indian men, causing a violent, racial street riot that prompted the governor to call out the National Guard.

The tensions between whites and Native Americans reached a high in the town of Farmington, New Mexico when three white high school students brutally tortured and killed helpless victims from the neighboring Navajo reservation.

As the town erupted into a violent, racial street riot and the courts went easy on the sentencing of the high school boys, Barker tells how Navajo militants sought out justice for years of injustice and oppression in response.

An illuminating work of contemporary history, The Broken Circle reveals both sides of a dramatic and painful conflict and a turning point in the struggle for Native American rights.
Rodney Barker is the bestselling author of The Broken Circle, And the Waters Turned to Blood, and The Trail of the Painted Ponies. He lives in Santa Fe, New Mexico.