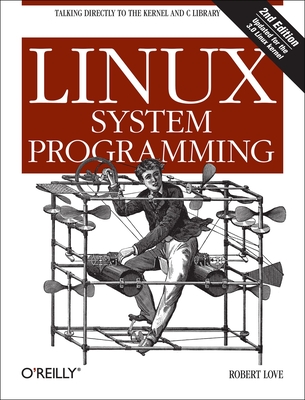 Write software that draws directly on services offered by the Linux kernel and core system libraries. With this comprehensive book, Linux kernel contributor Robert Love provides you with a tutorial on Linux system programming, a reference manual on Linux system calls, and an insider's guide to writing smarter, faster code.

Love clearly distinguishes between POSIX standard functions and special services offered only by Linux. With a new chapter on multithreading, this updated and expanded edition provides an in-depth look at Linux from both a theoretical and applied perspective over a wide range of programming topics, including:

Robert Love has been a Linux user and hacker since the early days. He is active in--and passionate about--the Linux kernel and GNOME desktop communities. His recent contributions to the Linux kernel include work on the kernel event layer and inotify. GNOME-related contributions include Beagle, GNOME Volume Manager, NetworkManager, and Project Utopia. Currently, Robert works in the Open Source Program Office at Google.