The Interpretation of Dreams - New Developments and Technique - Vol I (Paperback) 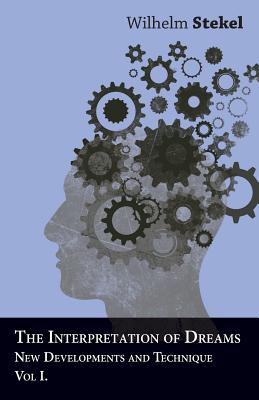 The Interpretation of Dreams - New Developments and Technique - Vol I (Paperback)


Not On Our Shelves—Ships in 1-5 Days
(This book cannot be returned.)
This seminal psychoanalytic work by Wilhelm Stekel was intended as a guide to the interpretation of the Unconscious for those who are concerned professionally with nervous disorders. An indispensible aid to contemporary psychoanalysts, this book is devoted to correlating the subjects' dreams with the neurotic character traits which confront their psychotherapeutic practitioners. Contents include: The Meaning of Symbolism, The Analysis of a Simple Dream, Dream Masks, The Spitting of Personality in the Dream, et cetera. Wilhelm Stekel (1868 - 1940) was an Austrian psychologist and physician. He was an early follower of the seminal Sigmund Freud, often described as Freud's most distinguished pupil and commonly hailed as one of the founding fathers of modern psychoanalytical methodology. Many vintage texts such as this are increasingly scarce and expensive, and it is with this in mind that we are republishing this volume now in an affordable, modern, high-quality edition. It comes complete with a specially commissioned new biography of the author.