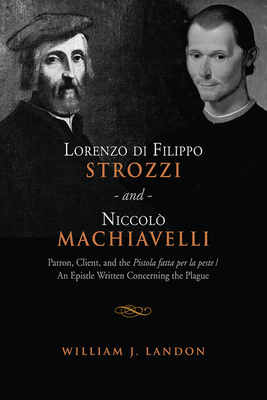 By 1520, Niccol Machiavelli's life in Florence was steadily improving: he had achieved a degree of literary fame, and, following his removal from the Florentine Chancery by the Medici family, he had managed to gain their respect and patronage. But there is one figure whose substantial contributions to Machiavelli's restoration has been hitherto neglected - Lorenzo di Filippo Strozzi (1482-1549), a younger and fabulously wealthy Florentine nobleman. As manuscript evidence suggests, Strozzi brought Machiavelli into his patronage network and aided many of his post-1520 achievements.

This book is the first English biography of Strozzi, as well as the first examination of the patron-client relationship that developed between the two men. William J. Landon reveals Strozzi's influence on Machiavelli through wide-ranging textual investigations, and especially through Strozzi's Pistola fatta per la peste - a work that survives as a Machiavelli autograph, and for which Landon has provided the first ever complete English translation and critical edition.