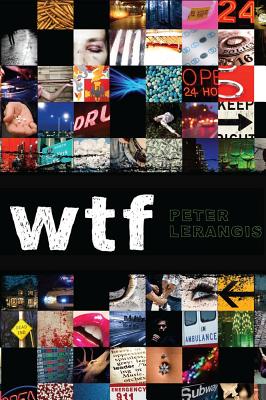 
Special Order—Subject to Availability
Two parties, six alternating points of view, and three letters that say it all: WTF! Now in a larger trim size, the gripping tale of an action-packed twenty-four hours.

Jimmy’s the driver. Cam’s the connection. Byron’s the know-it-all. Waits, the supplier. Reina’s the conscience and MC’s the crasher, and these six players are about to have a hell of a Friday night. Some are driven by lust, others by greed. One just wants to have fun, and another desires to be free. All of them will text their limits to the extreme.

And all of them will get what they want, if everything goes as planned. Which it won’t. Within twenty-four hours, bones will break, bodies will touch, hearts will race, guns will be drawn, and everything will go oh-so-very wrong…
Peter Lerangis is the author of many books for young readers, including wtf, Smiler’s Bones, the Watchers series, The Sword Thief, and the New York Times bestselling 39 Clues series. Peter lives with his wife and two sons in New York City. Visit him at PeterLerangis.com.